Well to cure my boredom today I decided since I have a stock pile of ground beef I needed hamburger buns. Used my bread making skills and converted one of my many recipes into hamburger buns for later use.

Reactions: Hikertrash, butch, Goober and 4 others

I agree. They look great.

Nice buns! Ha ha, thats what the wife used to say about me... <sigh>.. distant past now. Well, I'd be looking for a BBQ invite but thats not cool these days! Ha!

I guess you got the same dang warning we did about no open fires.... that really ticks me off.... nobody in Southern Ontario has this issue. @#*#$&
Reactions: Agustine and Tufargon
A

Sure but I use my own bread starter in the recipe. If you have a bread starter going you can use any bread starter instead of instant yeast. The more times you flatten the dough and let it rise again the fluffier the buns will be. I do 3 times and the final are the round dough balls before baking them.

Mix Bread Starter, milk, sugar, flour, salt and beaten egg. Mix with paddle on low speed until dough forms. I do this all by hand as I don't own one of those fancy mixers.
Replace paddle with hook and add butter. Knead on medium high speed until dough pulls away from sides of bowl, about 8 minutes.
Let rest in an oiled bowl until doubled, about 2-3 hrs.
Remove and kneed it for about 3-4 minutes and let it rest again for another 2-3 hours.
After bulk fermentation, divide dough into 12 and shape into tight balls.
Let balls rise in parchment-lined sheets, covered with oiled plastic, for about 1.5 hrs.
Spray tops with water or use a egg wash , then sprinkle with sesame seeds.
Bake in 400F oven until golden brown, about 16-20 minutes.
Check at 16 minutes. Internal temp should be 195F or close to it.
Reactions: HiloHawaiian
A

Thanks Agustine !
I cook a lot and have never heard of Sweet Bread Starter.
I spent the last hour looking it up and found numerous recipes.
Do you use the 6-10 day method?
or the quicker 3 day one?
Also I see no mention of Yeast in your recipe

I hope this does not turn into a COOKING forum, but we all learn something new everyday !

I got the starter from a fellow on one of the BBQ, smoking forums I belong to.
He said after his Dad passed away at age 82, his Mom later remarried and her new husbands
family was the owner of the Sweet Bread Starter. He has two sisters that
are old but still make Bread. He calls them "Keepers of the Bread". They have
told him that their Mom and Grandmother and great Grandma all made bread
using this starter. He was told there is a version of Sweet
bread in Germany called Herman Bread and his Step Father's family is of
German descent. That is really about all he knows about it. When he talks to
the "Keeper's of the Bread" and tell them all the things and all the places
the starter is going and doing, they are very pleased. He has been told the
starter is over 150 years old plus. The " Keepers" are both in their 90's.
The batch he sent me was dehydrated from 1\2 cup of starter. It took a while to get going again but if I feed it once a week it is very active. If sometimes I forget about it after feeding, it will blow the top off the container I have it in. LOL

The line is where it starts at. That was after a few hours and it almost doubled.
So no in my recipe I do not use Yeast as the starter does the work that the Yeast does normally.

Amazing story. That sounds a lot like a sourdough starter I kept going for years. I used it to make bread/pancake/waffles. You’ve inspired me to start a new batch going, except my buns wouldn’t be as sweet, LOL
Reactions: Agustine 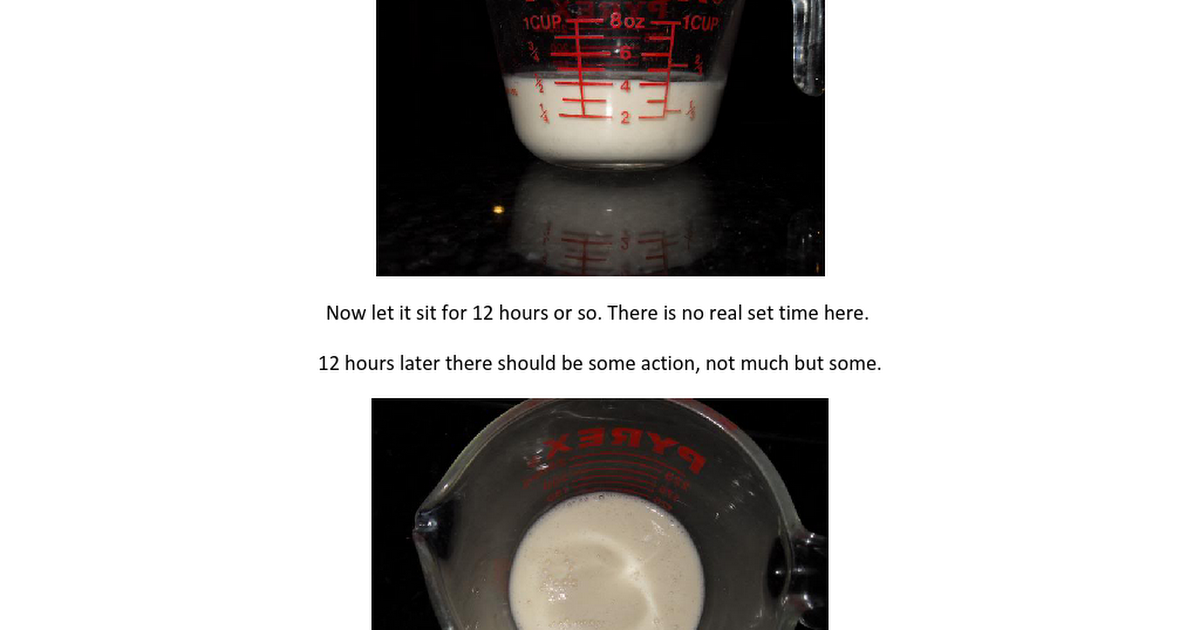 Agustine said:
Well to cure my boredom today I decided since I have a stock pile of ground beef I needed hamburger buns. Used my bread making skills and converted one of my many recipes into hamburger buns for later use.
View attachment 6596

Yummy, you are a great baker it appears. Tried the buns myself the other day and they tasted great, just did't stand up but I think I know what I did wrong. However my wheat bread turned out fantastic..

Reactions: Tufargon, HiloHawaiian and Agustine
A

Agustine...
Nice Story and thanks for taking the time for the recipe and Instruction PDF !

Well, i must admit in my 2 years hanging around in drone forums, this is the first time I learned about bun making. Who knew a mod could have "a bun in the oven"... medical science take note! LOL I downloaded the recipe and perhapsI will torment the wife by scandalizing her kitchen and see what comes of it.

We also do Bacon LOL

Rolling The Smoke On Some Bacon

And you guys thought I was just sitting around doing nothing today 🤪 Tired of store bought bacon and I know how to make my own but its time consuming but I had enough of the cheap stuff. 10 days ago I put 12 pounds of pork belly to maple cure in my cheese fridge. Yesterday I rinsed them... 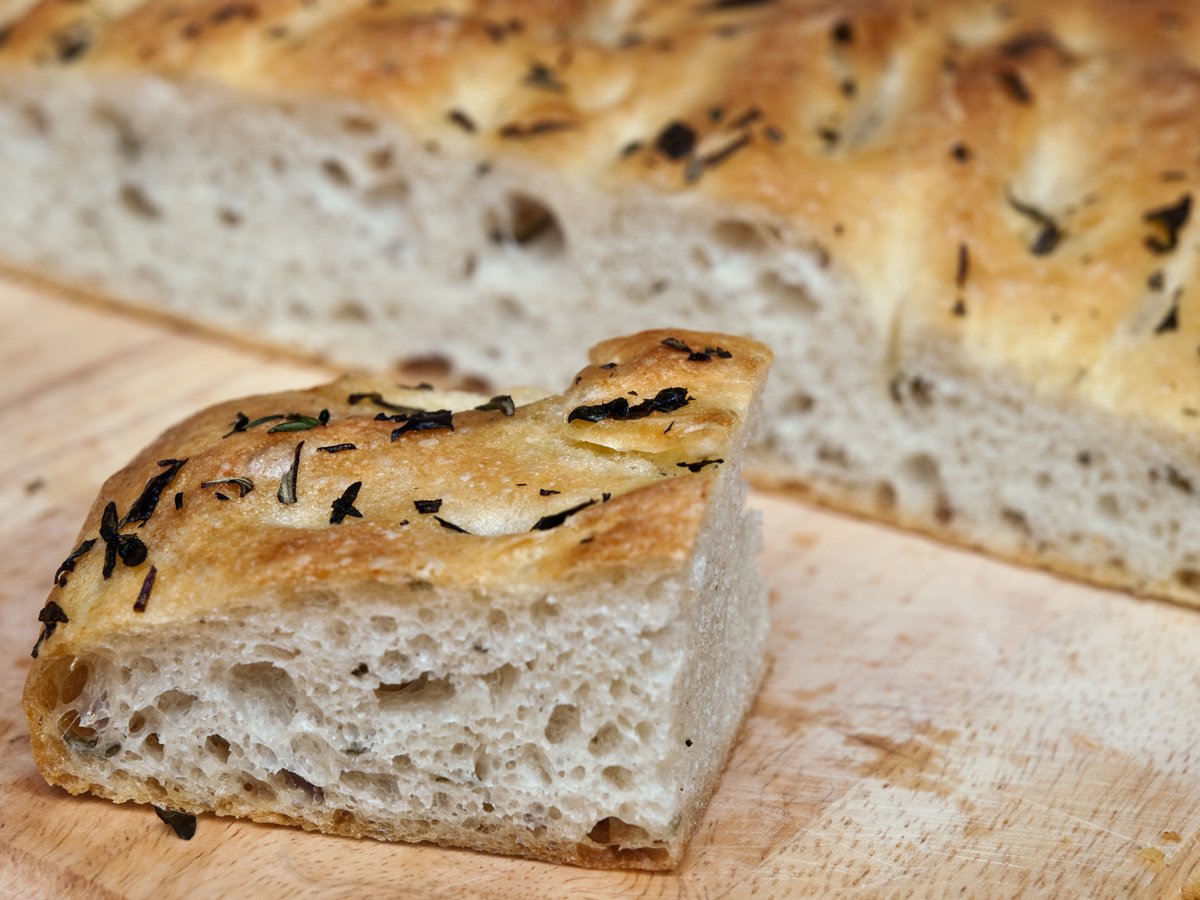 Forget Sourdough! How to Make 10 of the World’s Easiest Breads

Keen to bake for your family or housemates, but put off by previous attempts? Here are delicious options – including some that don’t require yeast, and one that doesn’t even need an oven. 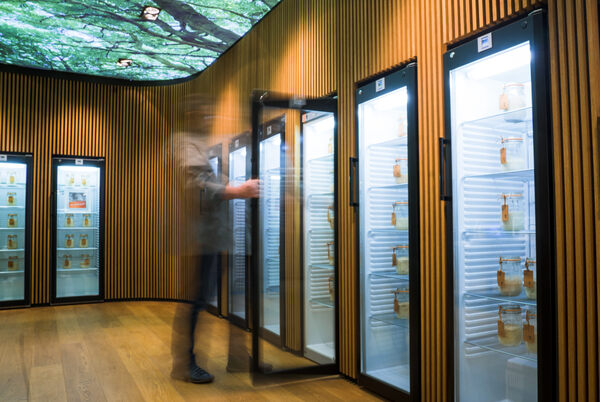 Inside the World's Only Sourdough Library

The collection holds 105 starters and counting.