I went and did my usual test flight and was demonstrating the dynamic track abilities to one of my family members. Well upon repositioning myself to a better vantage point the quad decided it was going to very gracefully nick a tiny bit of leaves off a tree branch that wanted to say high five! Well in all aspects I was puzzled because the EVO just said F-this, shut off its motors and fell a good 20 feet to it's hard landing on the tarmac literally 2 feet away from the cushy grass in which i was consistently flying about for if anything went wrong during the demonstration... well it completely broke off the entire housing the left rear motor on the control arm and when at first i didnt realize the wiring had just came off the motor on the bottom, i fixed the arm and it was balanced with everything was perfect.. until I went to start up the motors.. uts self checks out just fine, all LEDs and everything was perfectly fine! Except! The rear motor would not fire up... well I took the motor from its housing and upon actual further examination I see the black and red wires from the motor snapped its coiled wiring. Is there an easy way to fix this or am i forced to acquire a new motor entirely??

Welcome to the forums.

Sorry for your crash. I suggest you replace the entire motor and make sure you don't have troubles down the road. The only problem might be finding parts. Autel won't sell them and finding them in the wild, is like looking for Bigfoot. There are stories out there saying they exist, but there is no proof.
Reactions: Jsizzle*EVO*1_Alpha

OMGGGG Can it be!? A wild unicorn?! I do if I'm super lucky or just unlucky and got lucky lmao but the crash never should've happened anyways and let me tell you I was certainly teeming myself for such a rookie mistake ;( .. Well I hope to bajeezus this one is in good shape!

I can't tell you how many times eBay has saved me. From EWA underwater photo gear, to Russian Horizit cameras, to 60 yr old Nikkor lenses, it's there!!

Well then. You guys are better Bigfoot hunters than I am.

Ansia said:
Well then. You guys are better Bigfoot hunters than I am.

Yup, I’ve been on eBay since 1997, scrounging national/international sellers for whatever I need
Reactions: Ansia

I forgot to update the thread but I fixed her up and good as new, it's as if you'd never had known it was taken apart lol for not having any goddamn schematics or help guides absolutely ANYWHERE online, I feel as if I should make a breakdown tutorial on each section and how to disassemble and reassemble the quad.. because there is literally nothing anywhere whatsoever, and you have to literally take the ENTIRE Quad apart. It's insane but it's apparently essential to proper replacement of said parts. But I'll post some pics and videos / links showing the progress from when it first happened and then do a new video just showing the breakdown step by step and then reassembly. Hope y'all are being safe during these desperate times and most importantly staying healthy!
Reactions: HiloHawaiian

Ansia said:
Well then. You guys are better Bigfoot hunters than I am. 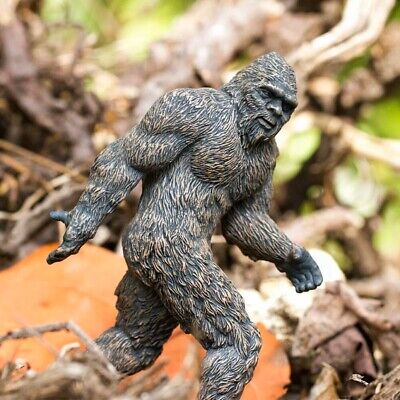 Is Bigfoot a relic from humanity’s past?. So far, no one knows for sure. He is posed in mid-walk, turning to his right to look behind him. His hair is dark brown, with dark gray areas of exposed skin on his face and hands.
www.ebay.com
Reactions: tealsmoke57 and Ansia

His name is Darryl. HELLO!