You are using an out of date browser. It may not display this or other websites correctly.
You should upgrade or use an alternative browser.

How to delete an aircraft from Explorer app

Your drone was “shot down” while in Chicago??? Inquiring minds would like to hear about that. Anyways, when you log into the application it shows your bound email and SN of your drone. There’s only an option to bind another email and nothing to delete or add an aircraft. Stumped about this as well.

Cicero24 said:
Your drone was “shot down” while in Chicago??? Inquiring minds would like to hear about that. Anyways, when you log into the application it shows your bound email and SN of your drone. There’s only an option to bind another email and nothing to delete or add an aircraft. Stumped about this as well.
Click to expand...

So I figured out how to remove an old aircraft from the autel explorer app. Simple...... Call Autel support!

Seems it can only be done by their engineers. I called and within 15 minutes it was removed. They simply unbound the aircraft from the account, although the flight records still stayed in the flight history.

So to address the "shot down" issue. I was on vacation back in August and was doing a night flight downtown Chicago by the Riverwalk area around 01:30-02:00. The streets were more or less clear with the exception of random homeless and a bunch of late teen to mid-20s Street gang kids riding skateboards and BMX bikes, making their appearance very well known. My wife was my VO because the area where I was flying the river curves quite a bit and I was not always able to keep it in VLOS myself. I was coming to the end of the flight and was bringing the drone close to the home point and as I was watching the tablet FPV, it suddenly locked up and at the same time I heard a loud bang. I've been in the military and I know it was a weapon being fired. Right at that moment when the screen locked up I turned to my left to my wife and asked,"was that my drone?" to which she replied "YES!" As I snapped my head back to the right to the vicinity of where I knew the drone to be, out of the corner of my eye as I turned my head, I watched the fox fury lights and an orange blur dropped from the sky and then a quick splash and it was all over. I heard a commotion across the bridge on the other side of the river, at which time I saw the Street game watching us and as I grabbed the tripod and controller and started running across the bridge they took off. Here is the telemetry to confirm. 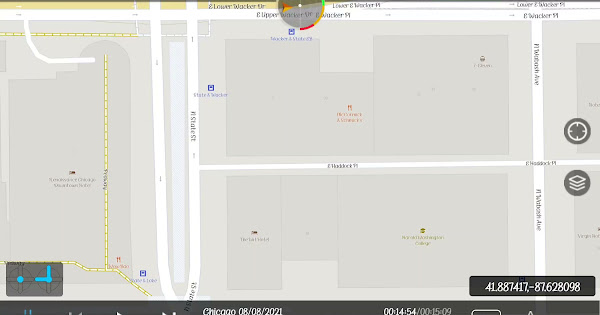 Unfortunately I was not able to get any legal recourse. So when we got back home, I put my motorcycle up for sale and purchased a refurbished E2P which I am extremely satisfied with! It was an unfortunate set of events but there was nothing to do but except what had happened and move forward. I am extremely grateful that during my downtime I did not lose any clients.

How To Roll Back Firmware Version Evo 2

R
Can't change from picture to video mode on Evo 1

General Discussions Aug 18, 2021
resq3129
R
M
The Autel Explorer App hangs on the my Android phone ( Samsung Note 10) when trying to copy photos to the phone.